In his desperation to paint the Greens as a threat to our way of life (“Green populism no way to gain office”, The Australian, August 31), Michael Stutchbury resorts to dredging up ancient remarks from Adam Bandt’s student days, hinting at sinister union donations (perfectly legitimate, and chickenfeed by major party standards) and worst of all, the use of gratuitous quotation marks. We are told of “economic rationalist” policies, “biosecurity”, a “green car”, “dumped” imports, all parenthesised as if from a mysterious source, or as if the punctuation marks themselves were marks of derision.

The sources he does name, however, make his bias very clear: Alan Oxley, who is described only as a a “trade expert”, but who is actually a hard-line climate-change denier on the Australia Institute’s “Dirty Dozen” list and currently working as a lobbyist for the palm-oil industry, and some apparatchik from the Institute of Public Affairs, a right-wing think-tank with close links to the Liberal Party. Both predictably bag the Greens, but that is not news, nor honest persuasive writing.

The problem that the global rise of the Green poses for those who seek, in the words of the IPA, “the free flow of capital, a limited…government, the rule of law, and representative democracy” is that the participants in the latter two items on the list may not completely want the former two.

David Burchell’s ‘Harsh light of reality about to hit Greens’ (The Australian, August 30) seems to assert that the very notion of idealism is flawed, and from this dubious premise tries to argue that the Greens deserve no place in our polity.

Whatever Burchell’s opinion of the Greens’ philosophical underpinnings, they received over 11% of the primary vote. Far from having “benefited from the present political situation”, they are in fact under-represented in having won but a single seat. By contrast, the National Party’s 4% earned them seven seats, yet Burchell has no problem with this.

It is unhelpful – and untrue – to dismiss the Greens phenomenon as “a few thousand young professionals in inner-city Melbourne”, any more than it would be to describe as a couple of hundred yokels the electors of the “poor benighted rural independents”, whose views, the numbers tell us, are further from the mainstream than the Greens’, but who are the real beneficiaries of the current impasse.

The Nationals have won seven seats with under 4% of the primary vote, but the Greens, with over 11%, have only one. This is because Green support is spread throughout the nation while National voters are concentrated in a few areas. It is an irony of the single-member electoral system that parochial interests receive more representation in the national parliament than widespread concerns.

It is to be hoped that as the independent M.P.s negotiate over the formation of a national government, they will ignore The Australian’s advice to base their decisions on an unofficial opinion poll conducted in a couple of rural electorates (“Time to climb off the fence”, August 28).

Their allegiances to the far-from-mainstream views which dominate these seats must be weighed against their obligation to the nation as a whole.

A Labor-Green coalition seems the logical next step for both parties. On current figures, together they hold about 50% of the primary vote, to the Liberal-National coalition’s 43%.

But more importantly, they have more in common ideologically than do the Coalition’s members. The undoubted differences between, say, old-school unions and low-growth Greens, pale into insignificance compared to the chasm between small-government Liberals and rural-welfare Nationals, and the general confusion on social issues throughout the Coalition.

But without this strange pairing, conservative national government would be a rarity. It is time the progressive side of politics put aside turf squabbles to level the field in this regard.

These messages date back to 1996 when Howard’s spin doctors, notably Andrew Robb, invented “battlers”, supposedly representing “middle Australia”, who stand in contrast to “educated urban elites”, who support Labor. This demographic fabrication is a fortune cookie, in that if you ask almost anyone if they are battling, and in the middle, they will say yes; and if you ask them if they belong to an elite, they will say no.

Who are these elites? The rich? Statistically the very poor vote Labor and the very rich, Liberal, but in between there is no clear connection. The educated? Statistics show a slight Liberal bias among people with degrees. Some kind of exclusive club to which most people are denied access? Oh, come now – but even If so, why are elections always so close?

If anything, this election has shown that people are sick of this kind of divisive claptrap and want a more consensus-driven approach.

Cartoon characters like “urban elites” and “machine men”, versus a “new, aspirational, often self-employed enterprise class” are sociological fantasies which reflect the preoccupations of The Australian’s leader writers, but have nothing to do with the outcome of elections. (‘Nation sends a message to its political class’, August 23).

First-preference votes have long shown that the Australian electorate is composed entirely of minorities, most of whom are usually denied a parliamentary voice by our single-member electorate system. This rare election result is an opportunity to bury the facile language of the so- called “culture wars” and acknowledge this country’s long-hidden diversity.

The pie on the left is how Australia’s first preferences – the real popular vote – were cast. Looks like we want a Labor-Greens coalition, don’t you think? But the pie on the right is how the parliament will look after the single-member seat system “takes away the number you first thought of”.

END_OF_DOCUMENT_TOKEN_TO_BE_REPLACED 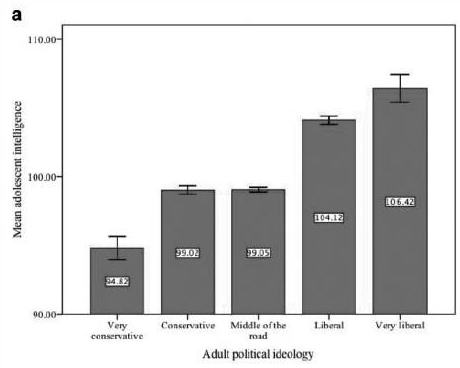 As much as I love the idea of holding public fora where voters can ask unscripted questions of their elected representatives. (“Our leaders need more Q & A in the real world”, The Australian, August 18), the Rooty Hill RSL forum was not a good model, as only undecided voters were allowed to participate. END_OF_DOCUMENT_TOKEN_TO_BE_REPLACED

We should be cautiously encouraged by the emerging bipartisan approach to indigenous issues, with its increasing emphasis on self determination.

But there is one jarring note: the bizarre proposition (from Noel Pearson amongst others) that the market alone, particularly through the uniquely Western notion of private land ownership, can undo centuries of post-colonial trauma.

The market has its uses, but this is not one of them. It has worked well for telecommunications and resources, been slightly detrimental for public utilities, and disastrous for healthcare, education and prisons. For cultural and social fragmentation, it is more likely to be a cause than a cure. But to a boy with a hammer, everything looks like a nail.

In criticising the recent U.N. resolution on drinking water, The Australian makes a false distinction: “…human rights…are things the state cannot take away from you (such as life, liberty and property), not things that the state must give you with taxpayers’ money” (‘Safe drinking is not a right’, August 11). This distinction arises from the belief that some rights are real, natural and cost-free, and the rest are illusory. END_OF_DOCUMENT_TOKEN_TO_BE_REPLACED